Have your Say! Consultation on the design of future local government in Northants closes in 4 days 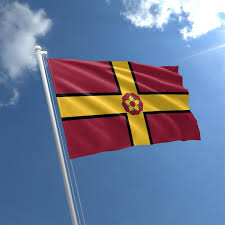 There's only 4 days to go to have your say on the design of local government in Northamptonshire.

Residents, businesses and other stakeholders in the county are urged to complete the questionnaire by 22 July. Paper copies are also available in libraries, council offices and other local venues. Please check your council website for details of venues where you can pick up a copy.

All eight authorities in Northamptonshire are working on a proposal for the Secretary of State for Housing, Communities and Local Government that "must command a good deal of local support", so stakeholders across the county have an opportunity to comment before a final proposal is submitted.

The Government's invitation to submit a proposal follows a Best Vale Inspection of Northamptonshire County Council, which concluded that its financial, cultural and governance problems could not be solved in isolation and recommended that plans be developed for two unitary authorities.

The Secretary of State for Housing, Communities and Local Government has asked that the eight authorities in Northamptonshire submit a proposal that meets the following criteria:

A representative telephone survey, focus groups with representative groups of invited residents and engagement with other stakeholders are also taking place.