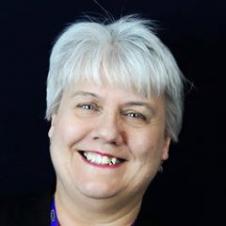 Born and raised in Hayes, Middlesex, Marion spent most of her working life in the health service, firstly training as a pharmacy technician and then as a medical secretary spending much of her career at Addenbrooke's Hospital, Cambridge. Outside of work Marion's interests were complementary and alternative therapies, environmental issues and organic gardening.

Marion leaves her husband, Richard, a son and daughter and three young grandchildren. She will be greatly missed by all her family friends and colleagues.

Further details relating to the funeral and a memorial service will be issued shortly.