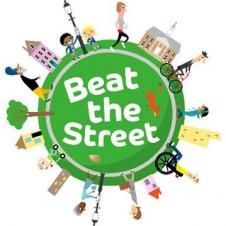 The Beat the Street initiative in East Northamptonshire is being hailed as a success after a new report shows that the challenge has helped get people walking and cycling across the area.

More than 8,000 walked, ran and cycled 73,000 miles together for Beat the Street from March to May 2019. The initiative saw special sensors called Beat Boxes placed on lampposts around East Northamptonshire which could be tapped with cards while walking or cycling in return for points towards your school or workplace.

Funded by East Northamptonshire Council in partnership with Freedom Leisure and The National Lottery through Sport England, the initiative aimed to encourage families to ditch the car and become more physically active by exploring their local community. A new report produced by Intelligent Health – who delivered the initiative – has shown that players became more physically active as a result of taking part, helping improve the health of people across East Northamptonshire.

Participants were surveyed at the beginning and immediately after Beat the Street to see if they had made any changes in behaviour. Key results from the report include:

Additionally, many players reported that Beat the Street had helped encourage them to walk or cycle more often, visit new places and spend more time with their friends and family:

"It helped me to walk to school and encouraged me to take the longer route to get more points. I joined the gym which I have never done before and kick-started us all as a family into a healthier lifestyle."

"It enabled my son and I to exercise before and after school. We used our walks to have a good chat together. We both felt good about earnings points for his school. We met new people along the way. I saved a lot of petrol by walking. It's encouraged me to go swimming as an alternative way of exercising."

In addition to getting residents more active, Beat the Street has also helped support the work of the local Children's Air Ambulance. Players were able to support a local charity while playing and the charity that received the most points over the course of the game would receive £500. Players travelled more than 589 miles for Children's Air Ambulance and they received a donation from Beat the Street on Tuesday 30 July presented by Cllr Helen Howell.

Speaking about the success of the initiative, Cllr Steven North, Leader of East Northamptonshire Council, said: "We're really encouraged by these results from Beat the Street. ENC is committed to getting its residents more healthy and we hope to help improve the health and wellbeing for those in East Northamptonshire. In the coming months, Beat the Street will continue to engage with local residents and make sure that these changes continue long after the game's finish."

This week is #VolunteerWeek2020 & we would like to say a massive thank u to all the volunteers that have offered help, food, goods & time & have signed up to @RaundsAreaVolunteers They've been doing an amazing job during this time looking after the residents of Raunds & beyond