Fly a Flag for the Commonwealth 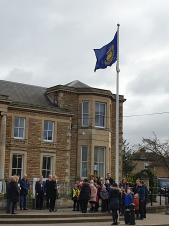 Raunds Mayor, Cllr Richard Levell was joined on the steps of the Town Hall on Monday 9th March 2020 by fellow Councillors, staff and students from Manor School, St Peters School, Windmill Primary and Park infants School. During the short service Cllr Level read a message from the Secretary-General of the Commonwealth of Nations, The Right Honorable Patricia Scotland QC followed by Deputy Mayor, Cllr... Read More »

Fly a Flag for the Commonwealth 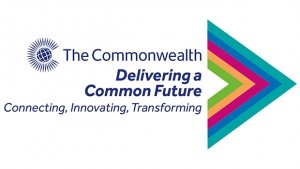 Raunds people are invited to support a Commonwealth flag-raising ceremony outside the Town Hall on Monday 9th March 2020.
The short ceremony will start at 9.50am outside the Town Hall on Thorpe Street before the flag is hoisted at 10am.
The ceremony, part of a nationwide flag-raising effort to celebrate the Commonwealth of countries, will be lead by Clr Richard Levell, Mayor of Raunds.
More than 850 flags... Read More »